Adventure Western Movie from 1956 starring Bruce Bennett: Trail Blazer - Daniel Boone leads settlers into Kentucky, but must battle Shawnee Indians who have been persuaded by a French renegade that Boone and the settlers are there to kill them and steal their land.

Storyline:
Daniel Boone leads settlers into Kentucky, but must battle Shawnee Indians who have been persuaded by a French renegade that Boone and the settlers are there to kill them and steal their land.

Reviews:
"This picture is an interesting saga of the struggle of pioneers led by Daniel Boone in the wilderness of Cumberland Gap while being threatened by hostile Indians. A treacherous Frenchman is the cause of all the trouble between the settlers and the red men while Boone tries to convince the Indians that the pioneers only want to build homes and live in peace. The film has a certain appeal because it is not a polished production but there are good action scenes, although somewhat violent for its time. The cast is comprised of B actors but they are all good, especially Lon Chaney as the Indian chief. Bruce Bennett is okay as Boone but is a bit too clean cut and soft spoken to be believable as a frontiersman. The dialogue is rather trite but the scenery lends itself to the realism of the Kentucky backwoods." Written by NewEnglandPat on

"I'm not a big fan of the western genre - meaning I watch some of them but not a lot of them. So this review is coming from one that watches westerns on occasions - depending on who is in the film, recommendations and/or what the movie is about. It was Lon Chaney that attracted my attention to this film mainly but I am also interested in film biographies and histories.

While this film maybe not be perfectly accurate it is a good film that gives us a fairly decent idea of what might have took place during the real Daniel Boone's life. I enjoyed the movie.

There are 3 songs in the film - although it's not exactly a musical those scenes are like a musical. They could have left them out of the film but it did not take away from the film to me.

Anyway - I liked this film and would watch it again.

COPYRIGHT: All of the films published by us are legally licensed. We have acquired the rights (at least for specific territories) from the copyright holders by contract. If you have questions please send an email to: info@, Amogo Networx - The AVOD Channel Network, 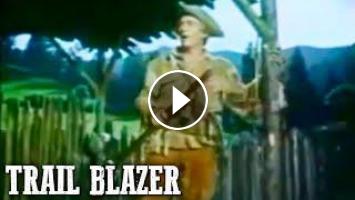